How to attach racket Powerizer correctly？

【Text by Reed】After being used for a while, a racket can seem to be lighter as a player’s arm and wrist strength increases. Have you had this experience?

If the racket no longer feels right, is the only option replacing it with a new one? Hang on, let us introduce a magical secret weapon to you - racket Powerizer. 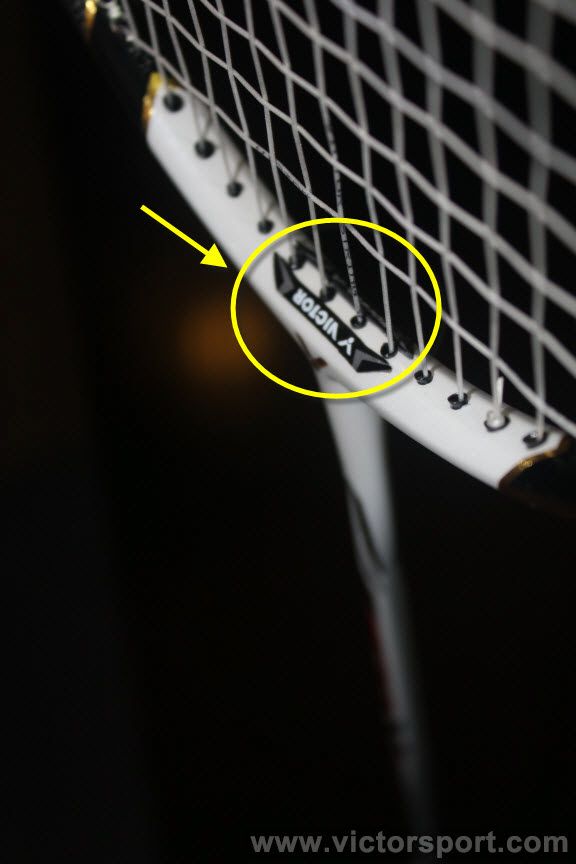 Example of racket Powerizer stuck on a racket

Racket Powerizer is an accessory that adds weight to a racket. It is a made of metal with special glue on the back that allows it to be attached firmly to the racket
VICTOR’s racket Powerizer comes in packs of six pieces, each piece weight 0.18g (±0.01）. To keep the racket balanced, please use two pieces together. 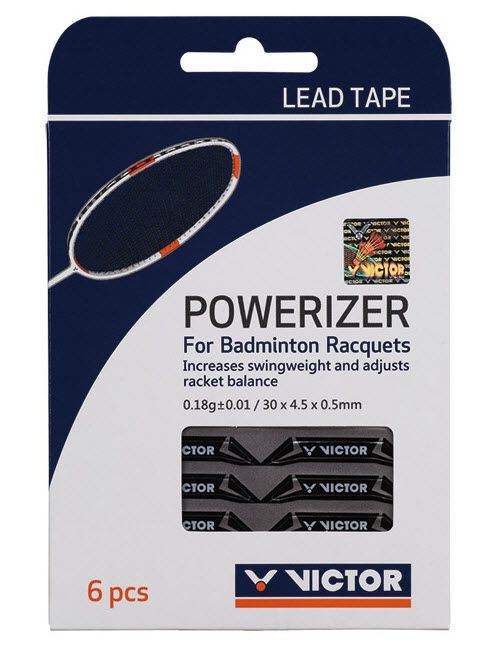 What is the principle behind Powerizer?

Powerizer is a racket accessory developed from the momentum of inertia principle (note 1); by using racket Powerizer, the balance point of a racket is moved towards its head. In the instant that the racket is swung, the further the racket balance point is from our wrist (the force application point) the greater the centrifugal force felt and so the heavier the racket head will be.
The increased centrifugal force caused by momentum of inertia will increase the striking power of your shot. However, swinging greater momentum of inertia also requires correspondingly greater muscle strength, so the key to using Powerizer isn’t “the more the merrier ,”it is finding the racket weight that feels best for you.

1. Racket weight can be adjusted by using Powerizer when the racket feels lighter and just doesn’t feel right when a player’s muscle strength has increased after using a racket for a period of time.
2. When a new racket is bought but, after being used a few times, it feels a bit on the light side, Powerizer can be used to adjust the weight slightly.
3. If a player wants to increase their wrist/muscle strength, as well as buying a wrist training racket, Powerizer can be used to make a simple head-heavy racket for training purposes.

What things need to be paid attention to when using Powerizer? 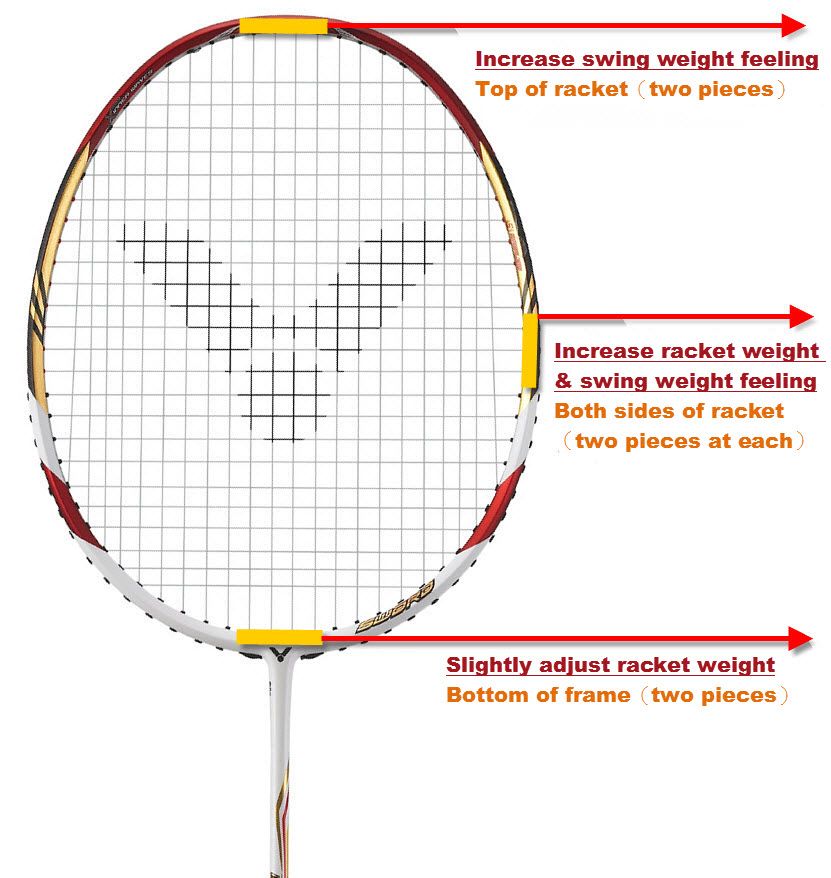 Steps for attaching the tape

1. Chose the place you want to attach the tape.
2. Rub the surface where the tape is to be attached with dry cloth.
3. Tear the adhesive liner off the tape, attach the tape to the racket and hold down for five seconds.
4. Go on the court and play!