Badzine takes an in-depth look at the Korea Armed Forces Athletic Corp, a system that is crucial in maintaining the international sports competitiveness of a nation that has officially been at war for over sixty years. (Story by Don Hearn) 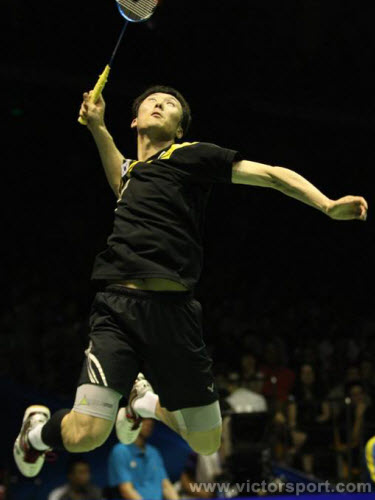 Yoo Yeon Seong
For the second time in four years, Korea has seen its top badminton players in two disciplines forced to take a temporary leave of absence from international competition to perform their military service.  However, once again, the Korea Armed Forces Athletic Corp, known here as the Sangmu team, has served to minimize the impact on the careers of some of Korea’s finest athletes.
In early 2009, it was Jung Jae Sung who became the first world #1 badminton player to be forced to leave the national team for four weeks of basic training at the beginning of a 2-year stint as a member of the Sangmu team.  He was accompanied, at the time by then top-ten singles player Park Sung Hwan. 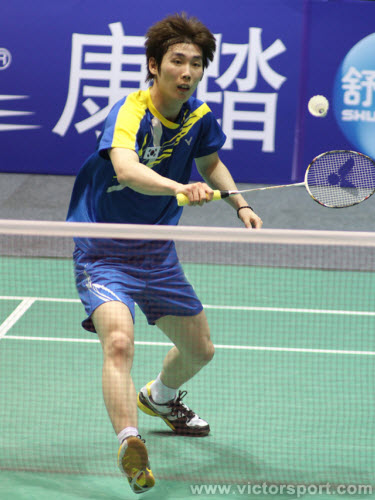 Son Wan Ho
This year, Yoo Yeon Seong and Son Wan Ho were Korea’s highest-ranking active players in mixed doubles and men’s singles respectively when they were called in to fulfill their military service.
The compulsory military service is a rite of passage for all young Korean men, thousands of whom get called up each year and must put university education or jobs on hold for 21 months, a period that has undergone substantial reduction over the decades.  In the Republic of Korea, which is still officially at war with a neighbour that boasts one of the world’s largest standing armies, the system is taken very seriously. Many a political career has been severely damaged by allegations that a son has been exempted from conscription through a powerful parent’s influence.

There’s gold in them platoons!

Still, Koreans can tend to be much more understanding when it comes to their sporting heroes..............Full Article at Badzine

VICTOR calls everyone to answer the EARTH HOUR !!