An Evolution of Speed

The Speed series has always been a signature of VICTOR. What can we expect from the next generation of Speed rackets? The answer is ARS-90S—an ultimate Speed racket equipped with DYNAMIC-SWORD frame, lightweight head, and elastic shaft. Now, let’s take a closer look at it!

Razor sharp are the two words that can best describe ARS-90S. With an overall upgrade on the shaft, frame, and material, as well as physical properties adjustment, ARS-90S enables ultimate speed for both attack and defense.

These things always happen to doubles games: The return shot is not fast enough and gets blocked with a net shot from the opponent, or the lack of power results in weak return shots and losing points. To avoid the problems, the Whipping Enhance System (WES) is introduced to ARS-90S to enhance racket-head acceleration for both attack and defense. The upgraded DYNAMIC SWORD frame is also designed with a larger head size to enable fast, crisp, and easy swings. Controlling the pace of the game has never been easier. The ultimate speed performance appeals to many doubles players such as Goh V Shem from Malaysia, as well as Lee Yang and Hsu Ya Ching from Taiwan. 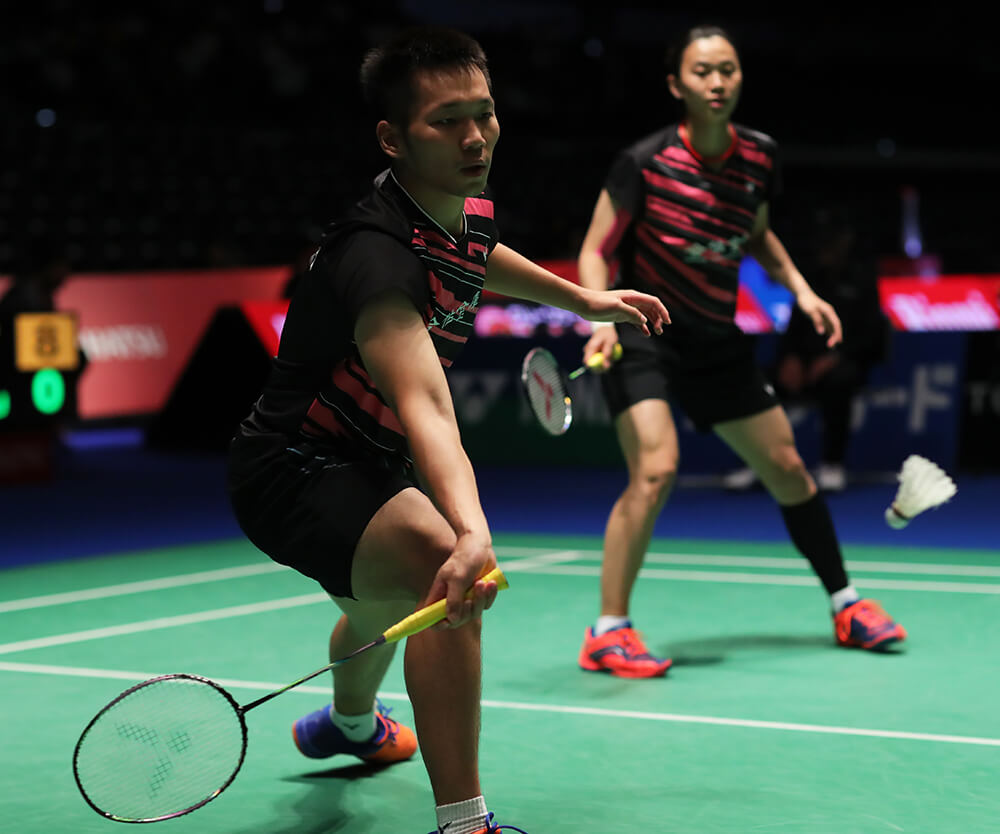 Lee Yang and Hsu Ya Ching from Taiwan

Racket frames have never stopped evolving. Among all the speed-oriented rackets in the market, the BRAVE SWORD series from VICTOR is the most talked-about one. ARS-90S inherits the DYNAMIC-SWORD frame structure from BRAVE SWORD series and further makes adjustment to the sword structure in different directions. Now the swings can be faster, downward shot is more effortless, and the overall controlling is much easier.

To upgrade speed but also maintain the lightness, the ARS-90S is engineered with NANO FORTIFY TR to make the frame both lightweight and durable.

The shaft designed with WES and the DYNAMIC-SWORD frame make ARS-90S a perfect partner for speedy games. No matter it’s a drive clear or net play, ARS-90S can always make it faster than ever. Each hit is just like a comet with tricky angle—no one can stop it!