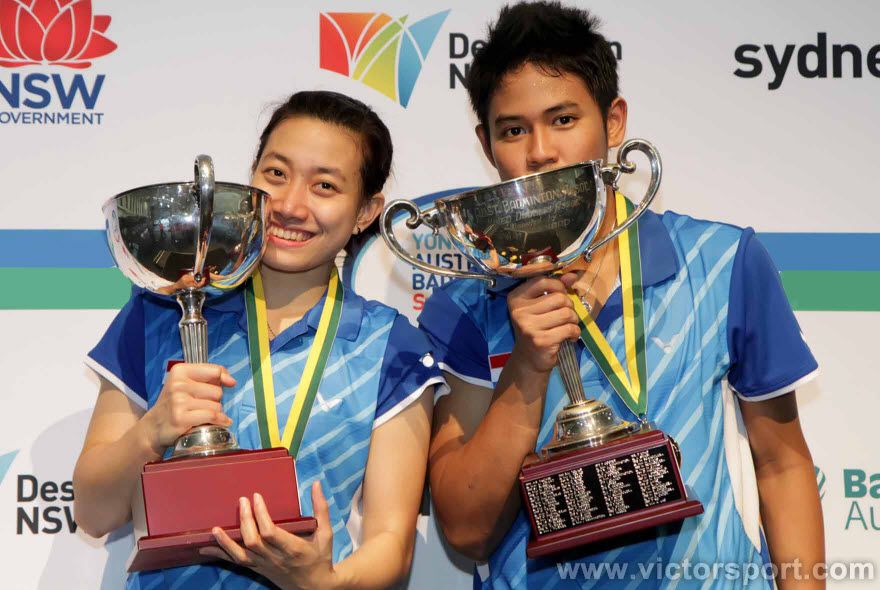 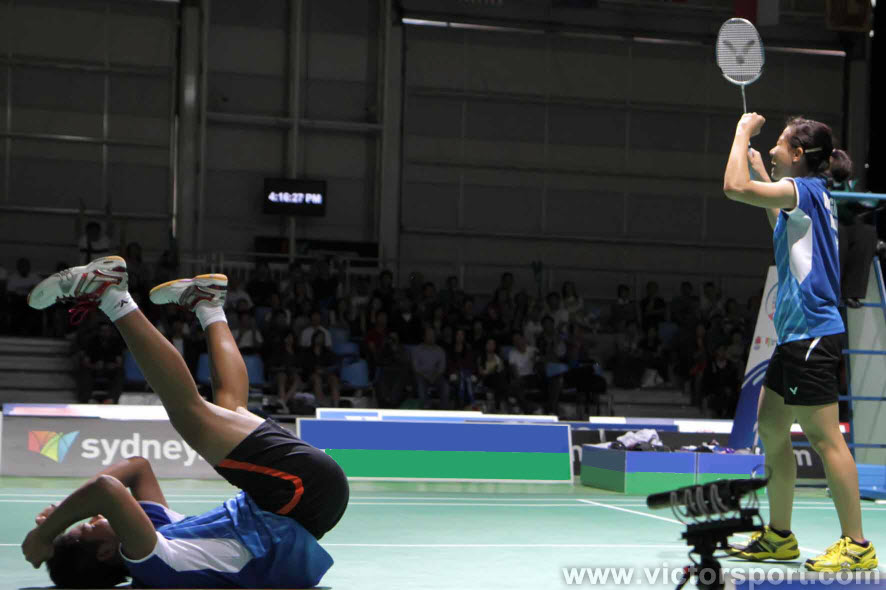 Irfan/ Weni were excited at the winning moment
Speaking after the match, Irfan said: “we already expected a tough game, since the game started, we tried to control both the back and front of the court, Shin/Jang has a very strong smash, so, we try to give no lob and attack early.”
“This is our first title; even so, we felt that we haven’t given our best. Compare to other tournaments, our fighting spirit is enormous for this tournament. This title has boosted our confidence; we don’t want to be easily pleased.” Weni added. 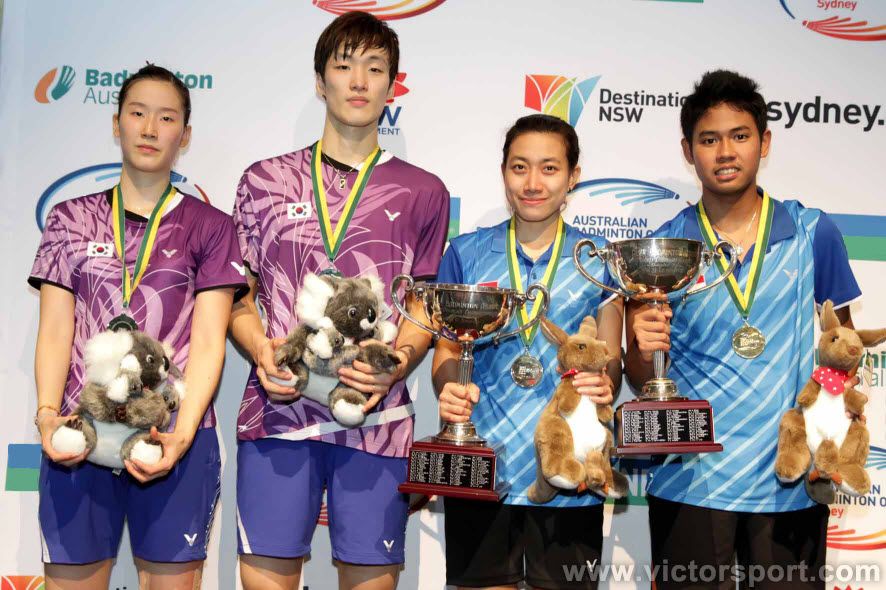 The little brother of all Korea badminton fans:Lee Yong Dae