After rejoining Team VICTOR, Lee Zii Jia keeps using TK-RYUGA as his appointed racket. As the men’s singles No.3 during this tournament, Lee had a brilliant performance for advancing into the final. Despite the tenacious efforts of his Indonesian rival Jonatan Christine, Lee still won in two straight games of 21-17, 23-21 with his signature smashing and steady defense. Lee not only won his first Badminton Asia Championships title, but also brought home the trophy for Malaysia for the first time since 2016. 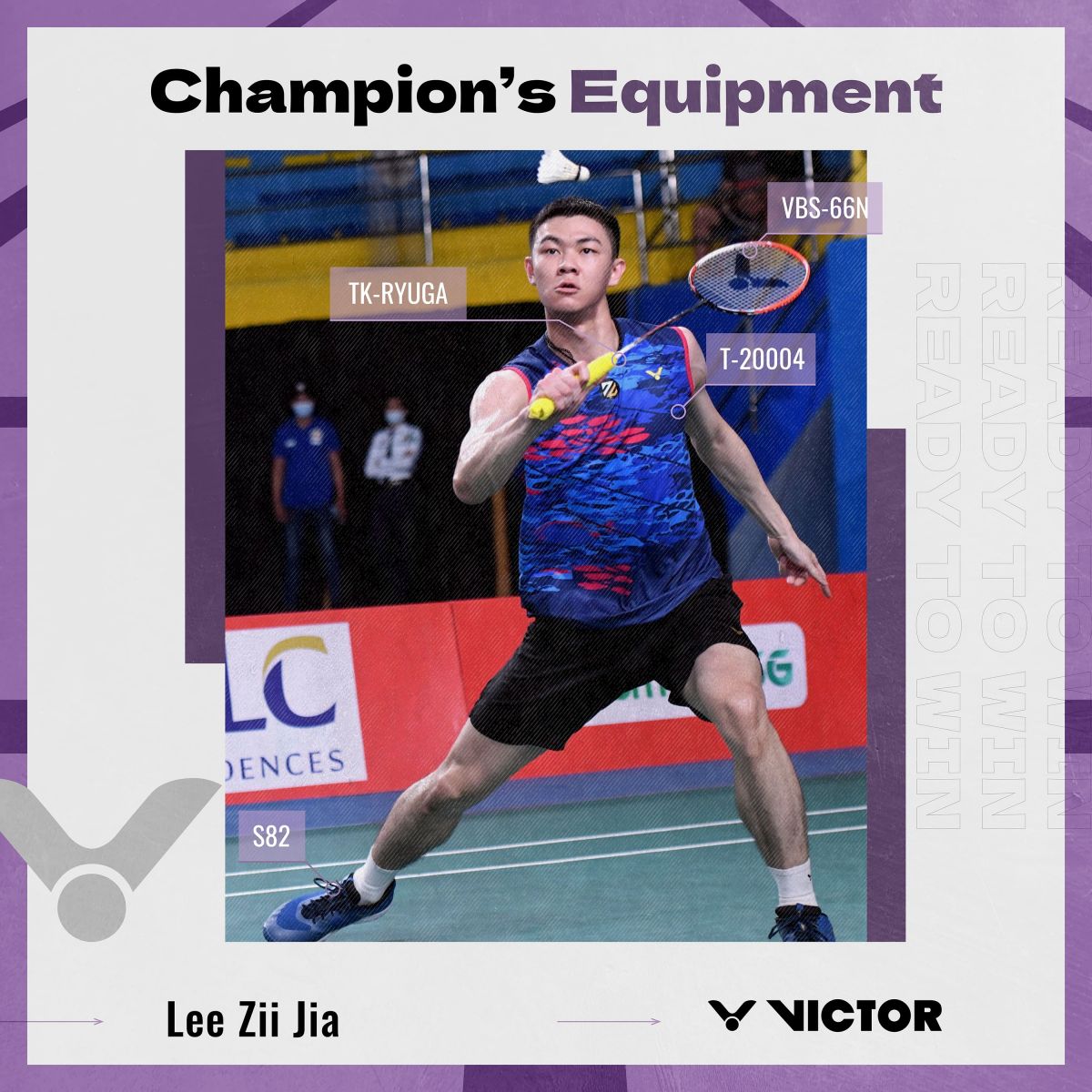 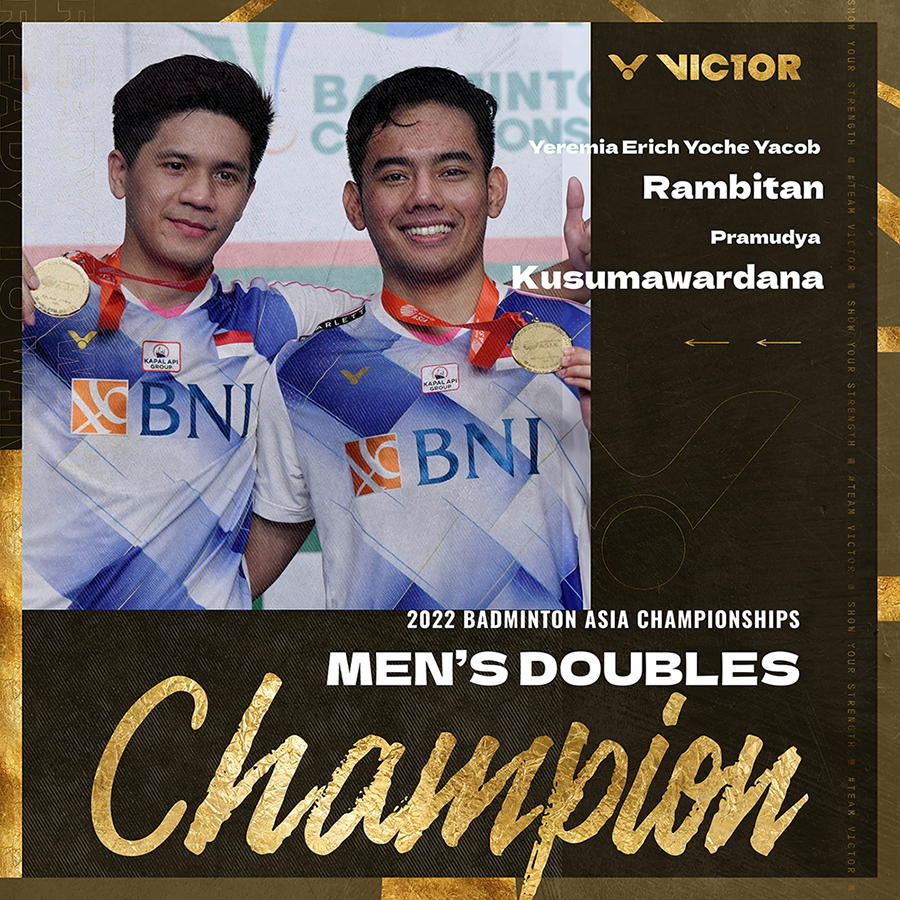 Indonesian rising pair Rambitan / Kusumawardana has also ousted a couple of top players on their way to the final, where they took down the Olympic Bronze Medalists Malaysian duo Aaron Chia/Soh Wooi Yik at 23-21, 21-10. Their seamless teamwork and fierce offense did not give their rivals a chance and helped them clinch the title eventually.

Team VICTOR will be competing in the 2022 Thomas & Uber Cup in Bangkok, Thailand from May 8th to 15th. As the Official Equipment Partner of the BWF Team Championships 2022-2025, VICTOR will continue to offer the strongest support to the players with high quality equipment. Let's look forward to Team VICTOR achieving new heights with excellent performance, #ShowYourStrength!