Indonesia’s Kevin Sanjaya Sukamuljo and Markus Fernaldi Gideon fended off compatriot challenge to become #TheRealDeal at the India Open Superseries, while Goh Jin Wei, the next-generation women’s singles star from Malaysia, overcame a frightening incident in the quarters when she fell on the ground with breathing problems, and wrapped up the week with her third career title (second at International Challenge level) in Orleans, France.
Goh will be joining Team VICTOR star autograph signing at VICTOR’s brand booth at the 2016 CELCOM AXIATA Malaysia Open this week. The signing session is scheduled on Friday inside the marquee tent at the Stadium Malawati with actual time to be announced on VICTOR official Facebook page. 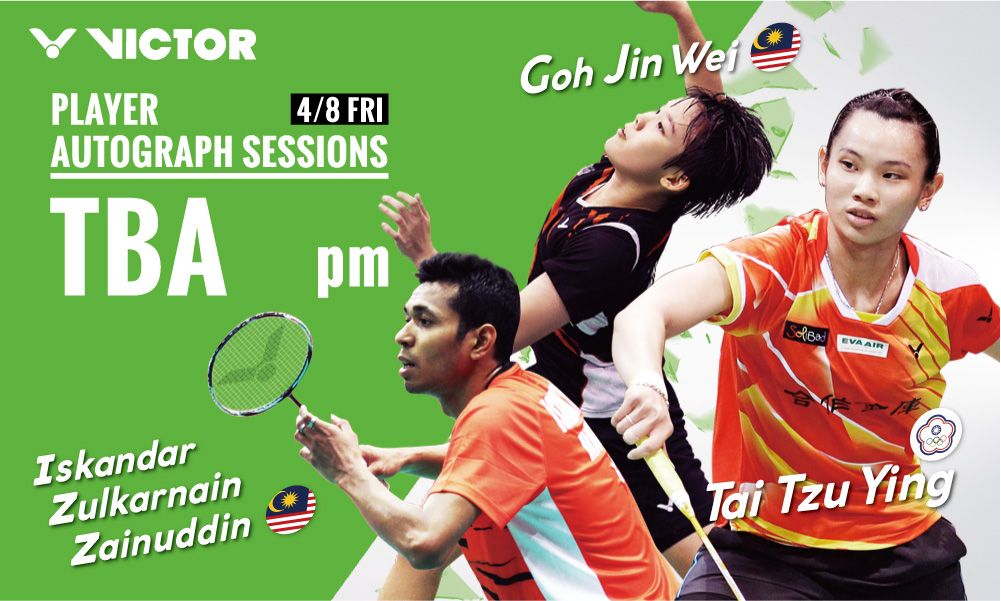 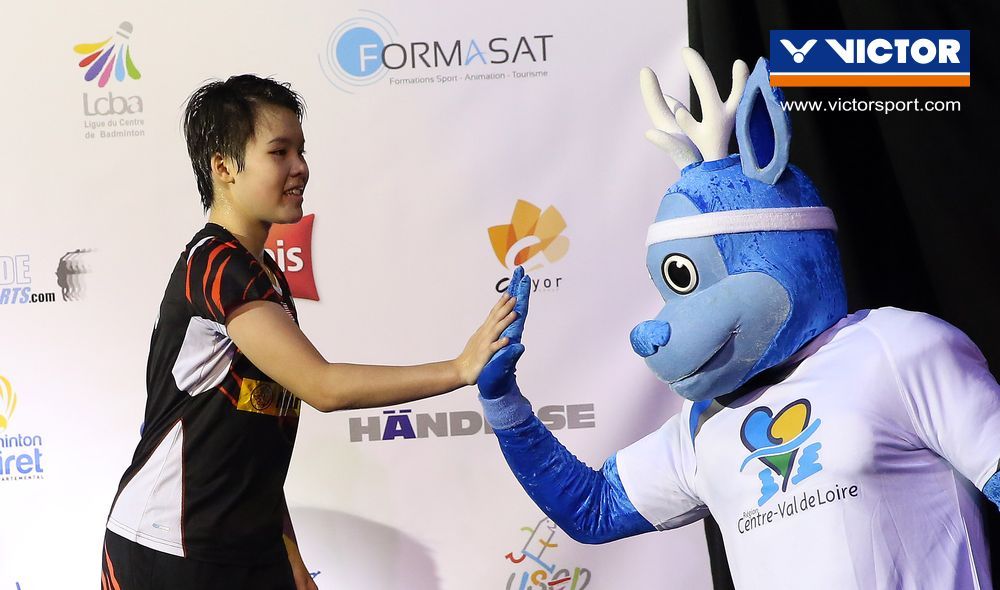 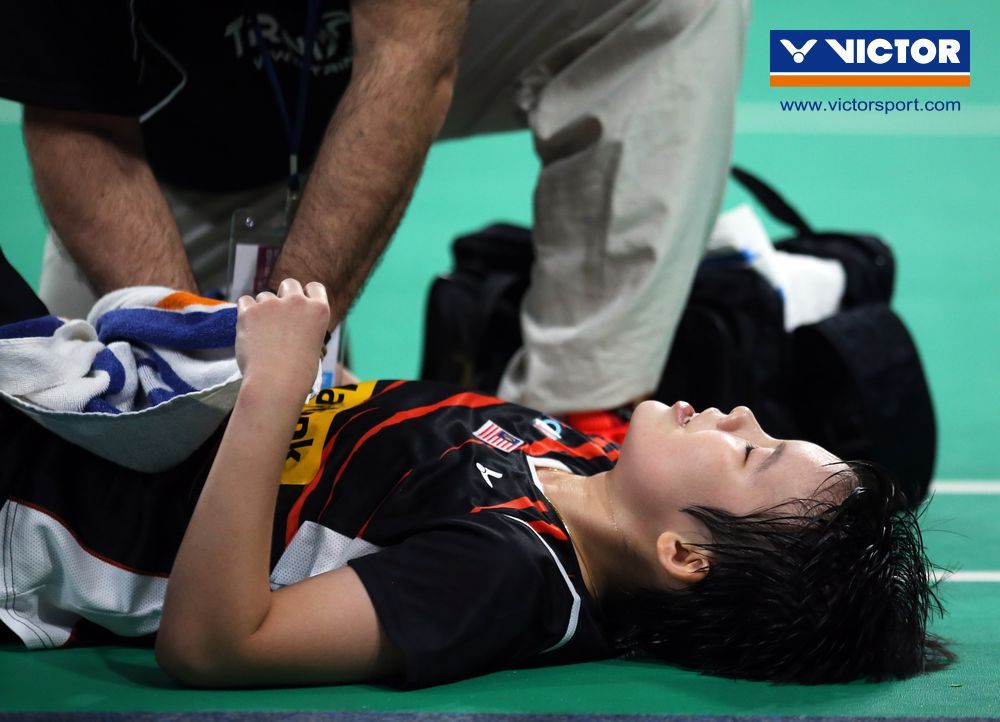 Goh survived scare in the quaterfinal match when she found herself on the ground with breathing issue. Credit: Badmintonphoto 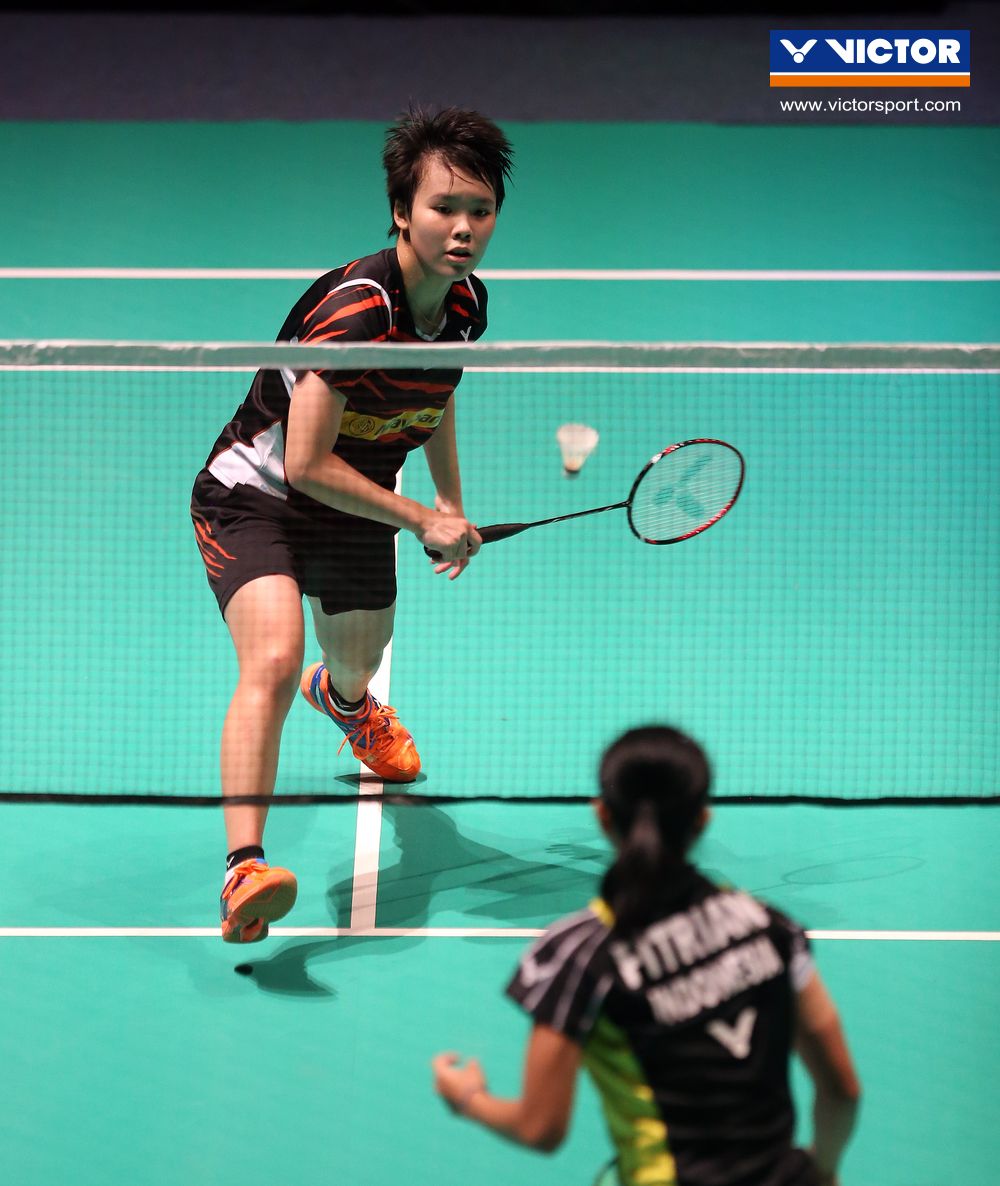 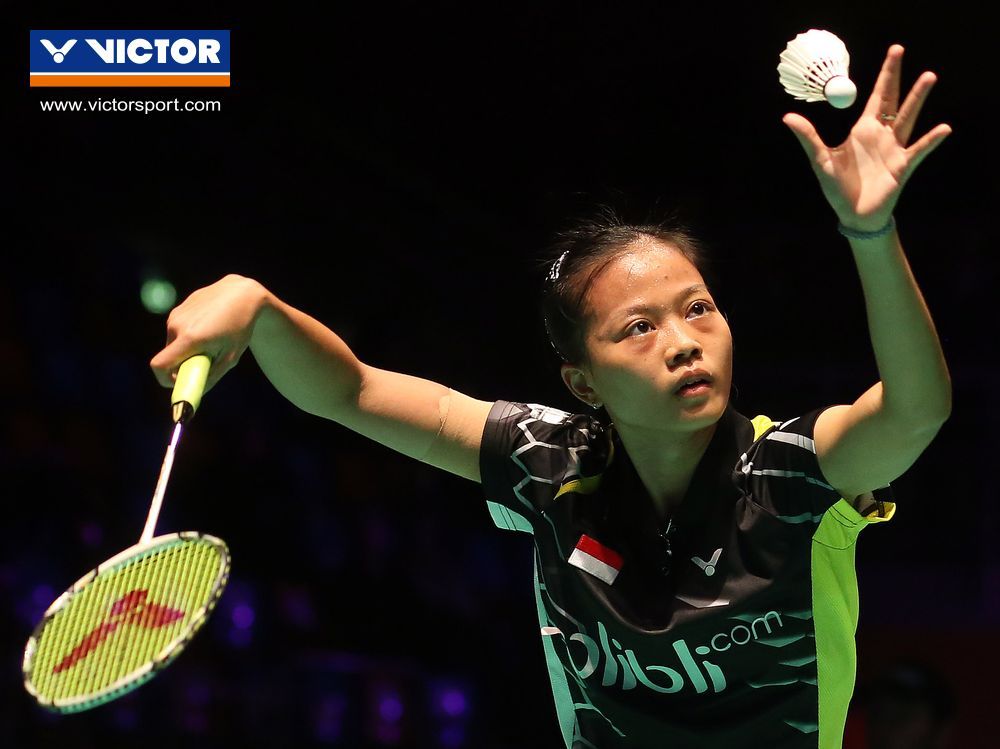 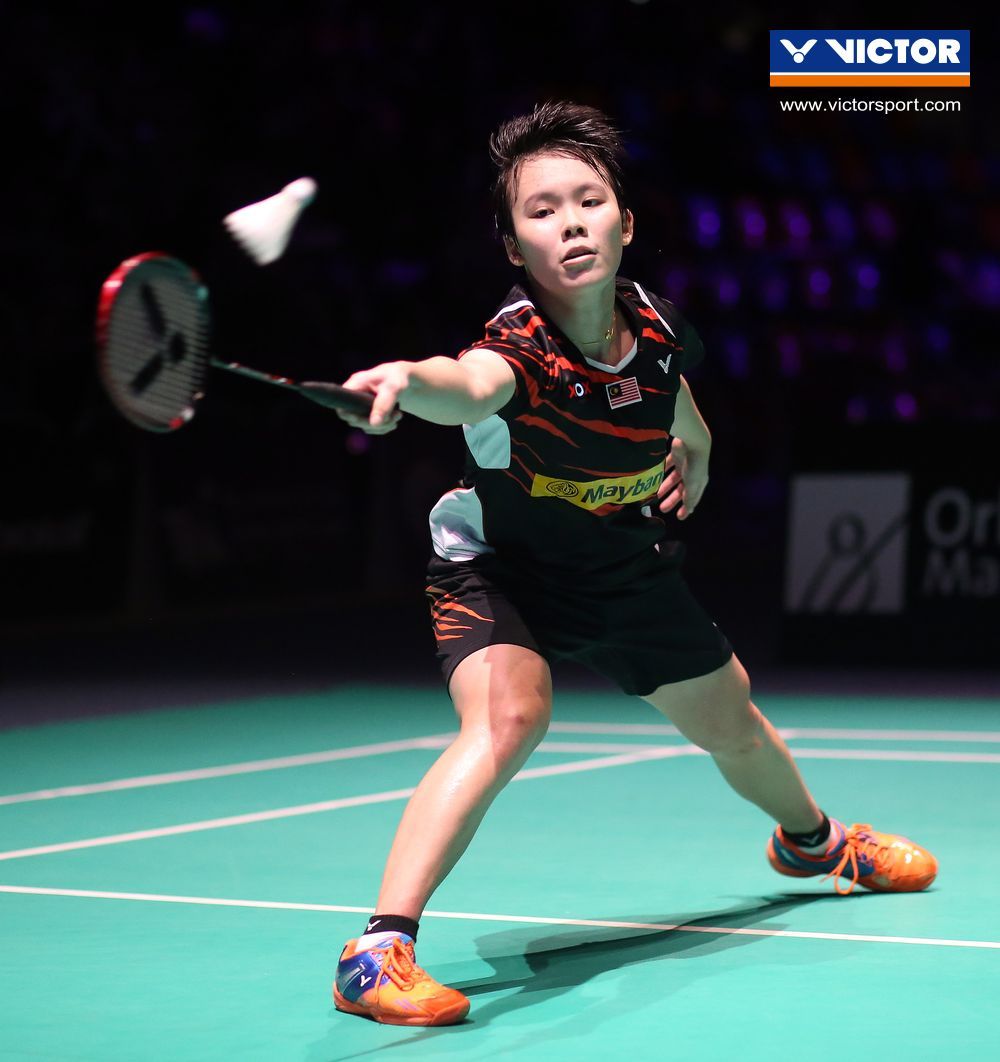 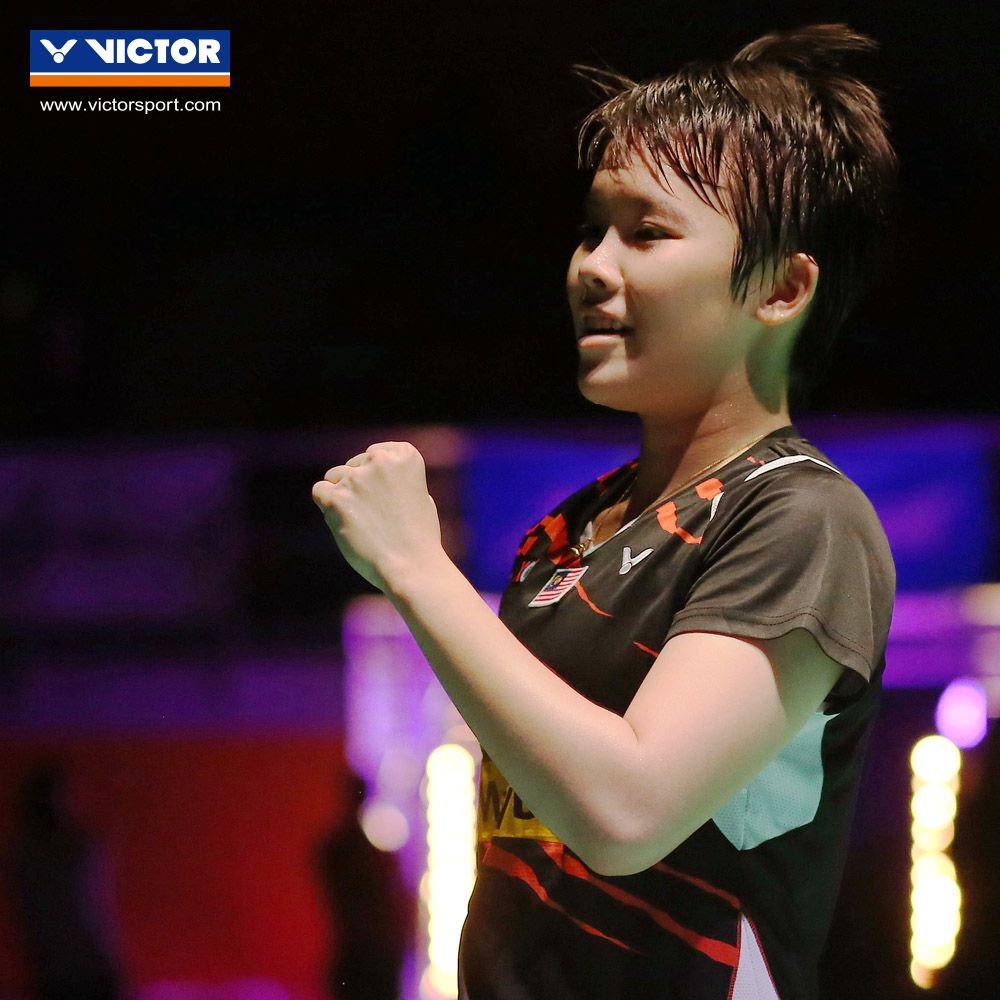 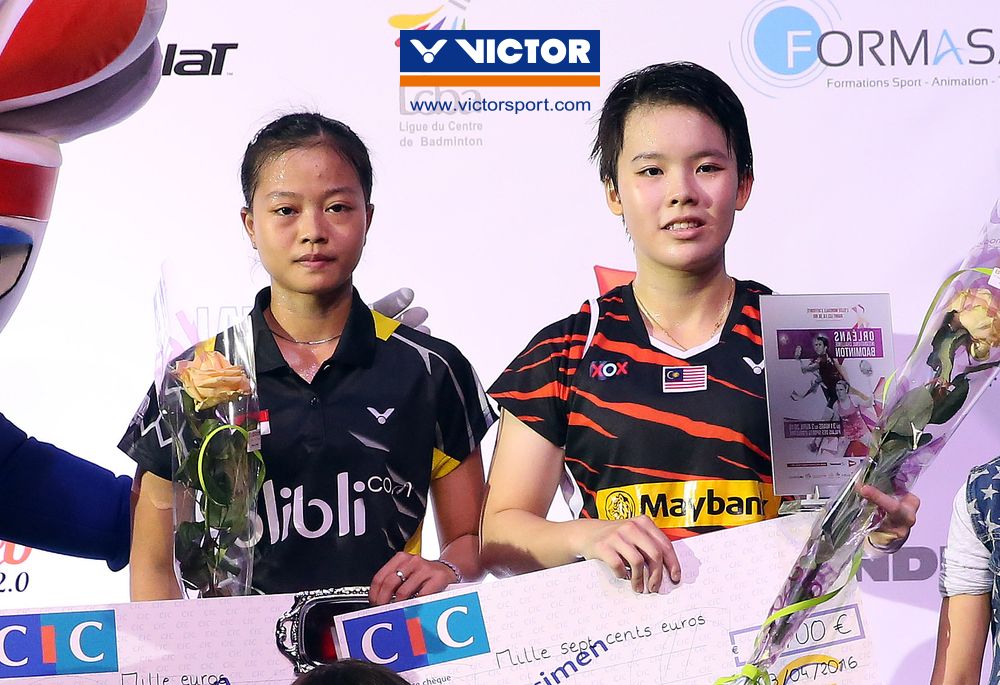 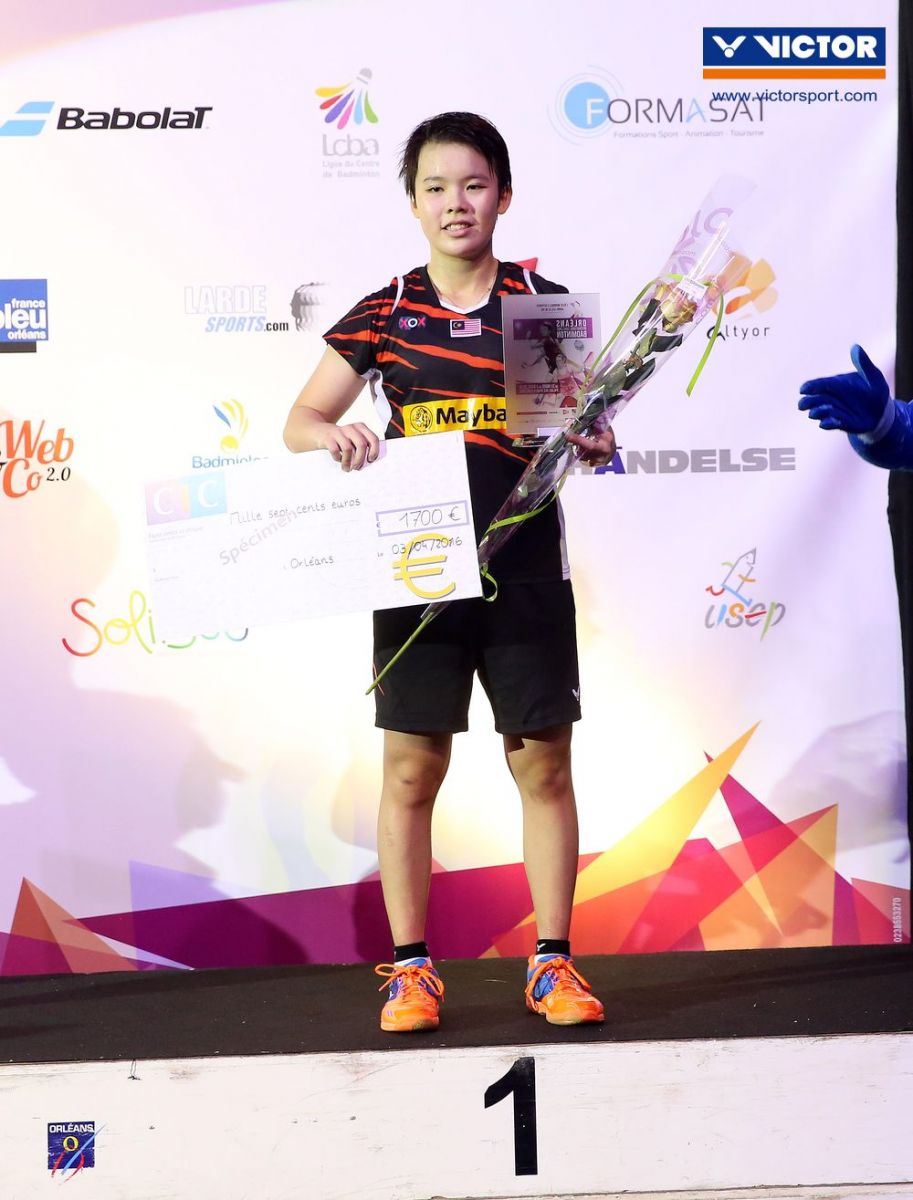 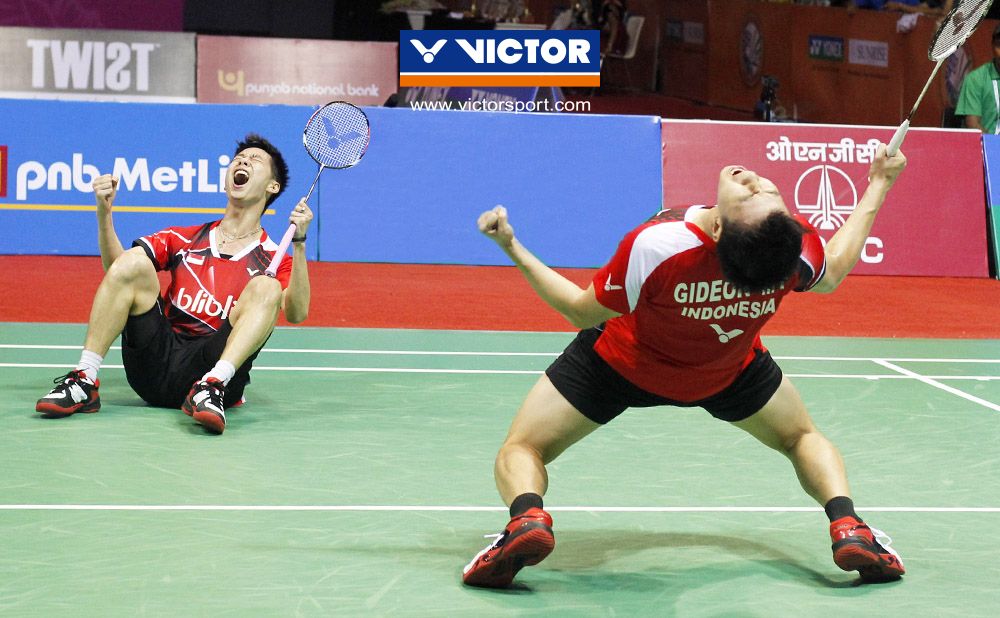 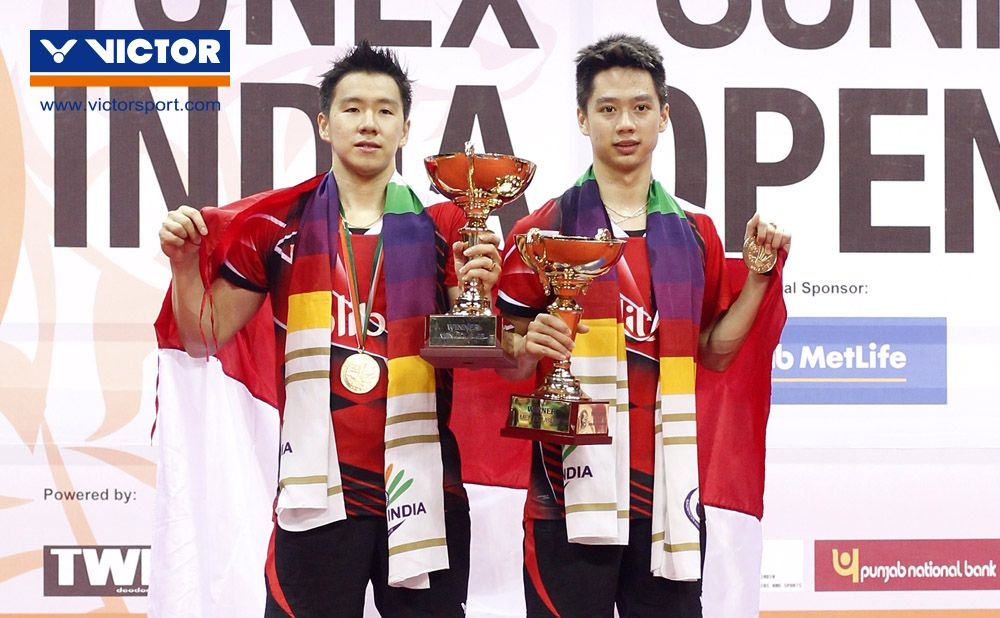 Kevin Sanjaya Sukamuljo (R) and Markus Fernaldi Gideon take their first Superseries title together. Credit: Badmintonphoto
This is actually Gideon’s second Superseries win but first with the 20-year-old Sukamuljo. They upset top seeds Chai/Hong in the second round of the India Open and once again ended the dream of reaching a first Superseries final for Malaysia’s top doubles pairing Goh V Shem and Tan wee Kiong in the semifinals.
Goh and Tan have held back-to-back semifinal record in Superseries events, having picked up a bronze medal at the All England Open Superseries Premier last month. 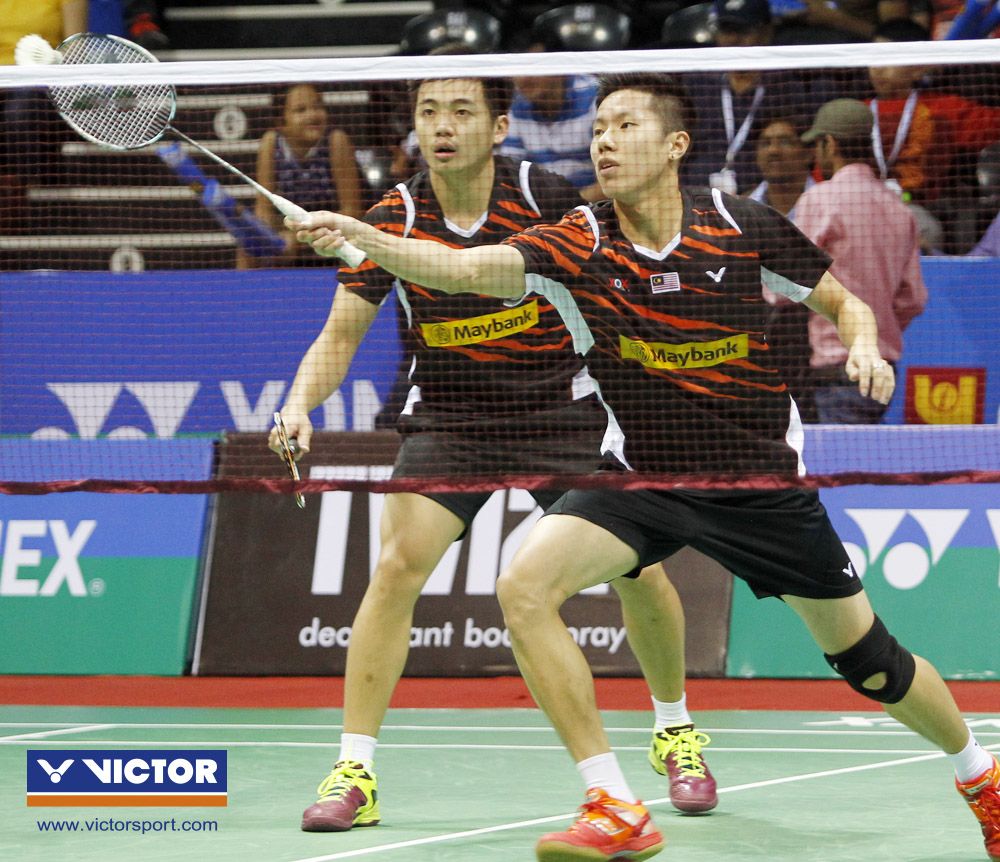