The last Changzhou China Masters kicked off on September 9

This year’s is the last China Masters. The quota will be taken by Sydney next year. After taking an impressive five gold and two silver at the Chinese Taipei Open, the Korea team has moved on to Changzhou where they aim to take advantage of their momentum and win some more medals. 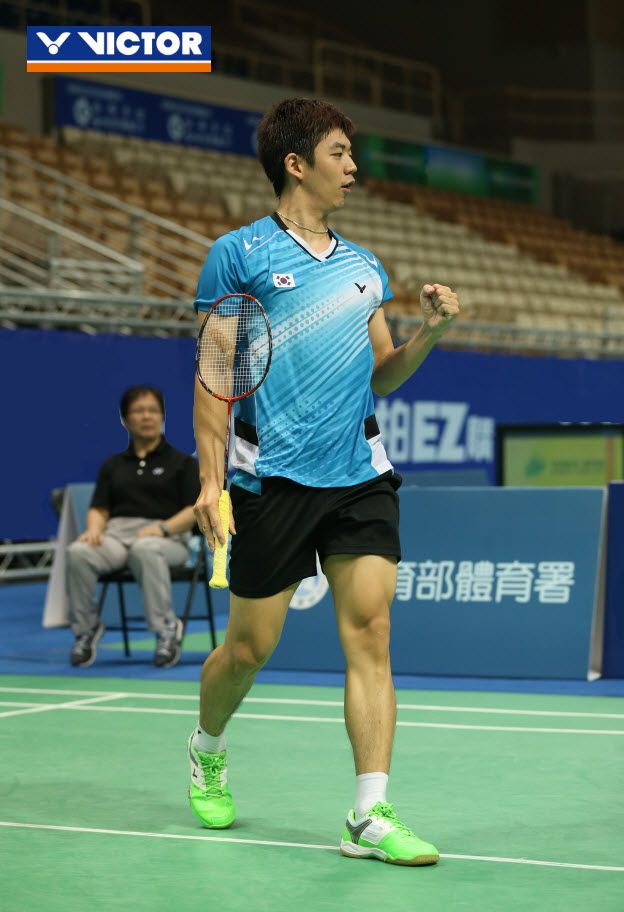 In the men’s singles, Son Wan Ho is fresh from his win in Taipei. He said goodbye to international badminton last year because of injury and to fulfill his national service obligation and only began playing in competitions again in June.
He is ranked a lowly 233 in the world at present but was still able to take the title in Taipei. In the qualifying rounds for the China Masters he won seven straight matches in six days, showing that he is in top form. He will face one of Japan’s top men’s singles player Ueda Takuma in the first round of the tournament proper. He favors a clear and drop game so his fitness will be the key to success in this match.

Tai Tzu Ying pulled out due to injury

In the women’s singles, champion at the Chinese Taipei Open Sung Ji Hyun was lucky in the draw and won’t face one of China’s top female singles players Li Xue Rui until the semi-finals.
Tai Tzu Ying of Chinese Taipei had an injured left knee before she played some hard matches over one week at the Chinese Taipei Open and it couldn’t take the strain; even taking painkillers the pain was hard for her to bear, forcing her to withdraw from the China Masters to allow her to rest and get ready to defend her tot at next week’s Japan Open.

In the men’s doubles, it is widely believed that top seeds Lee Yong Dae／Ko Sung Hyun will face the biggest obstacles on their path to the title at the semi-final stage when they will be likely to face China’s “ legendary combination” Cai Yun／Fu Hai Feng or Liu Xiao Long／Qiu Zi Han, who have played well this year.
Lee Yong Dae will also compete in the mixed doubles with Shin Seung Chan, their second outing in international competition as a pair, with Shin now also able to focus just on the mixed doubles after her women’s doubles partner Lee So Hee flew back to the Korea for treatment for a swollen knee.
( Edit by VICTOR Badminton )