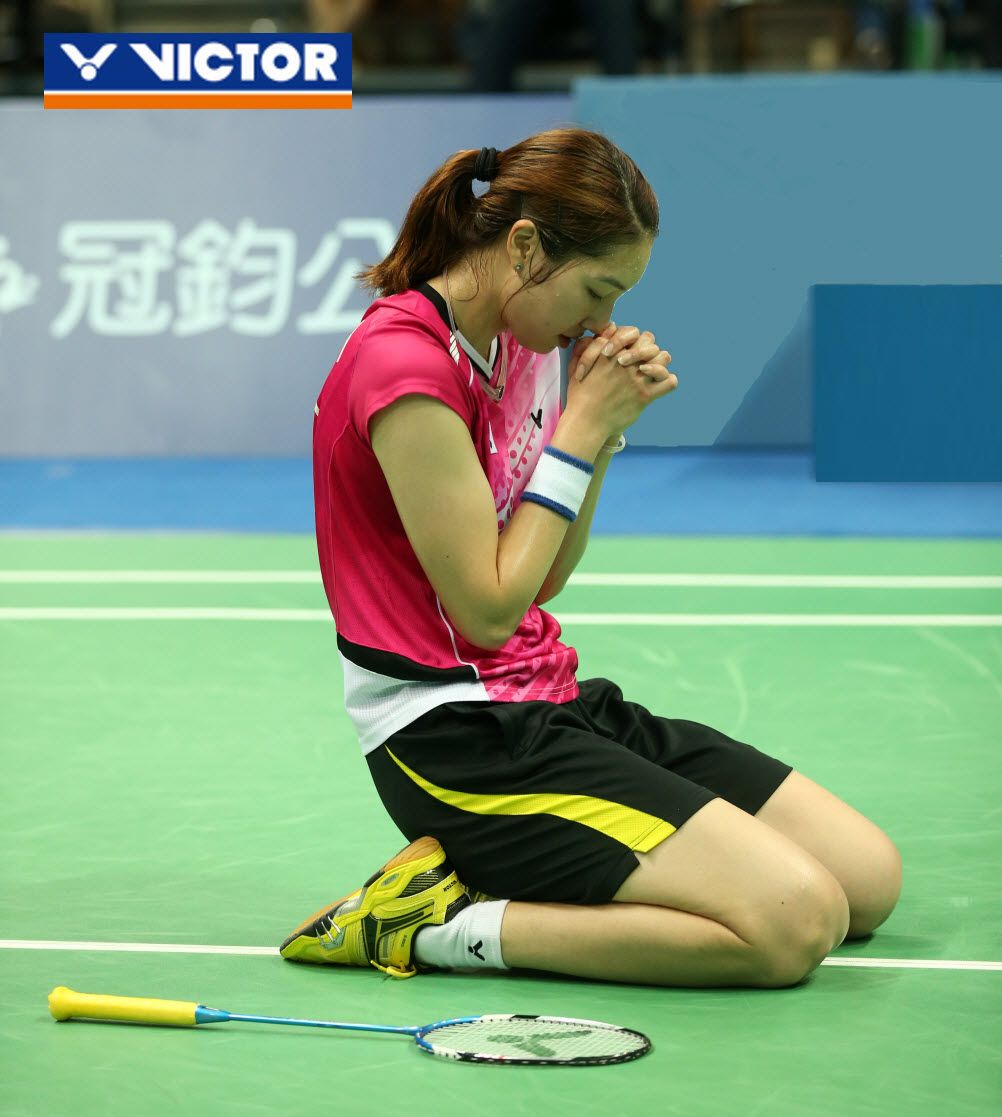 Sung Ji Hyun fell to her knees to give thanks after winning
In the women’s single, the ROK’s Sung Ji Hyun beat reigning champion, local girl Tai Tzu Ying, 21:16, 21:9, at the moment of victory excitedly falling to her knees, putting her hands together and thanking god. She won in straight game and, on the day, overwhelmed her opponent, taking the US$15,000 prize.
After beating her Thai opponent in a tough three game struggle last night, Tai applied thick ice packs to her knee and ankle. She was clearly feeling the effects of her injuries in the final and, facing Sung’s patient maneuvering, Tai made quite a few unforced errors. At one point she led 4:1 in the second game but then lost seven points in succession to Sung. The home crowd roared her on but Tai couldn’t turn the situation around and, on several occasions, her expression showed she was in pain; in the end she had to settle for second place. Men’s single champion Son Wan Ho
The winner of last year’s men’s singles title Nguyễn Tiến Minh also had to give way.Sticking to hard o handle clear and drop tactics throughout, 25 year “Korean tiger” Son Wan Ho made few mistakes in the final as he beat veteran Nguyễn Tiến Minh of Vietnam 19:21, 21:9, 21:18. The three games lasted a total of one hour and sixteen minutes. The champion’s highest ranking in the world was 12 but dropped down due to injury and military service. Before the Chinese Taipei Open he ranked 233rd just in the world. 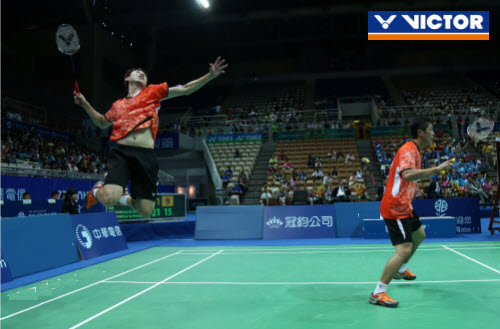 Lee Sheng Mu’s plays a leaping smash
The men’s doubles final was a battle between the ROK and Chinese Taipei, with Lee Sheng Mu/Tsai Chia Hsin facing Kim Ki Jun/Kim Sa Rang. The two pairs had never met before the final. Kim Sa Rang said before the march that they know that their opponents have been in great form since the Badminton World Championships and have observed their earlier matches.
The ROK pair got off to a flying start, taking the first game 21:11. In the second game, Lee/Tsai tried to turn the situation around but their opponents continued to attack relentlessly, leaving Tsai, who was carrying a shoulder injury, clearly struggling. The ROK took the second game 21:11 to take the math in straight games. 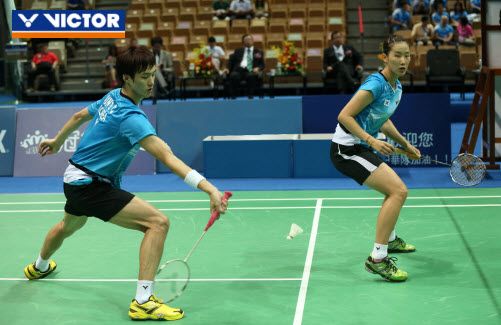 Shin Baek Choel/Jang Ye Na took the mixed doubles title
In the mixed doubles final old partners Yoo Yeon Seong and Shin Baek Choel partnered silver medal winners at the world championships Eom Hye Won and Jang Ye Na respectively. Yoo/Eom lost the first game 20:20. They pulled a game back but lost the third to leave Shin Baek Choel/Jang Ye Na as title winners.
The women’s doubles final was also an all ROK affair. However, Lee So Hee withdrew from the match due to injury leaving Kim Ha Na/Jung Kyung Eun to claim the title unopposed and Shin Seung Chan/ Lee So Hee in second place. It remains to be seen whether Lee will be fit to play in the China Masters next week. 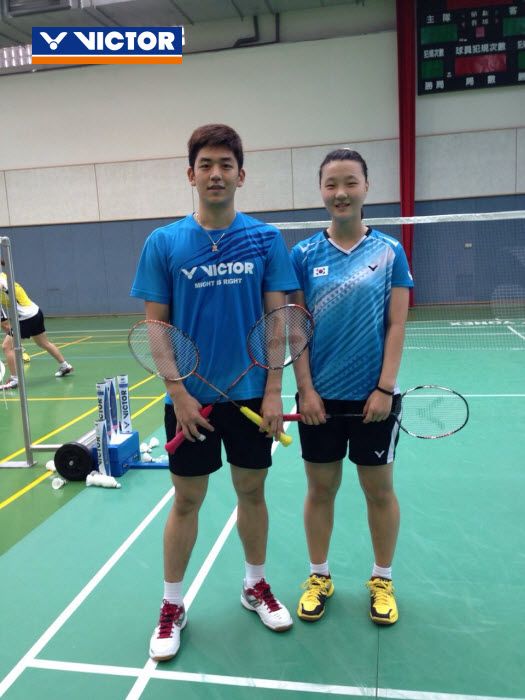 Lee Yong Dae/Shin Seung Chan are a new mixed doubles pairing
New pair Lee Yong Dae/Shin Seung Chan, one of the tournament’s main talking points, lost to teammates Yoo/Eom in the semi-finals. Afterwards Lee said that Shin is a young player with lots of potential as a doubles player who is highly regarded by her coaches, which is why they tried playing together at this tournament. He feels that Shin can strengthen her response ability and gain competition experience by playing mixed doubles. Reaching the semi-final meant that their objective this time was reached.
The next super series - China Masters 2013 will take place from 9/10 to 9/15 in Changzhou, China. The VICTOR stars will carry on the glory of nine medals. For more news of the VICTOR stars, please follow www.victorsport.com or VICTOR SPORT fan page.
( Edit by VICTOR Badminton )