Go Bounce With P9310 for Incredible Shock-Absorption and Power Release

VICTOR's first thick-soled badminton shoes P9300 was launched in 2017 and offered a comfortable wearing experience that widely loved by badminton players. Built on the original design concept, the evolved version of P9310 in 2020 is engineered with revolutionary technology and features an upgrade from inside to outside, providing more comfort and more power. 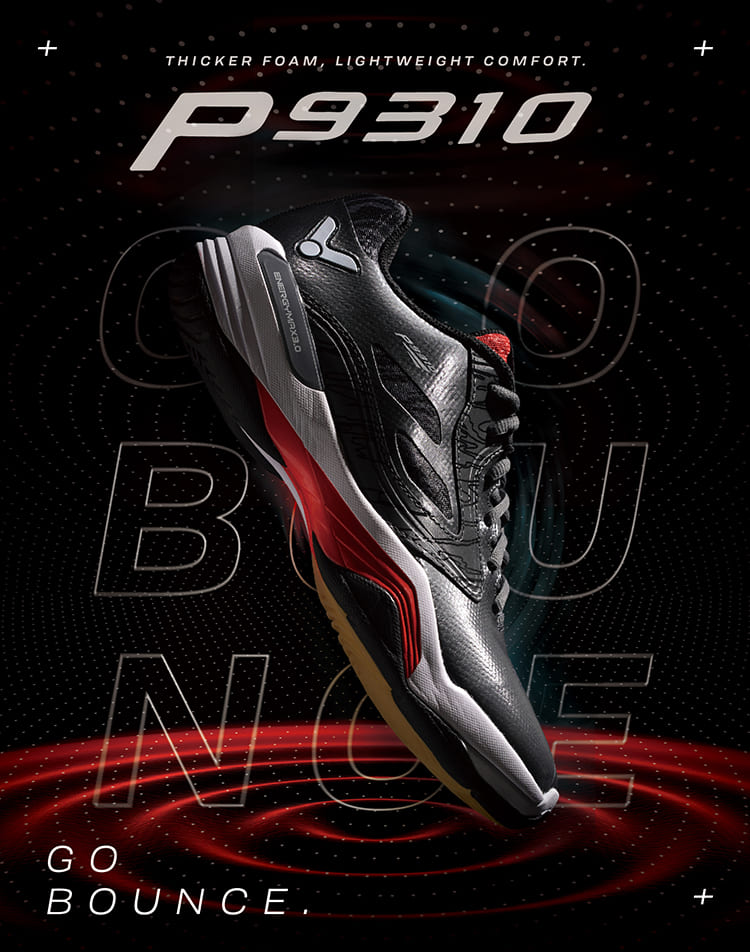 What you should know about the latest technology used in P9310:

Thick soles deliver better shock-absorbing ability and comfortable wearing experience than thin soles, which provides better cushioning while landing, especially for players who make heavy footwork. However, the setting of the drop (the height difference of the sole from the back to the front) plays a crucial role in enabling thick-soled shoes to facilitate the smooth footwork in badminton. The smaller the drop is, the smoother the lateral movement can be achieved. Meanwhile, the weight of the shoes, the starting speed, and the stability should also be taken into account in the design. Based on the data collected from trying out and computing analysis, VICTOR has found that the drop of 9mm not only makes lateral movement smoother, but also facilitates badminton footwork.

E-TPU provides elastic and durable responsiveness for long-time pressing. The initial application of E-TPU was in the midsole of P9310, where E-TPU was used as the first layer (top layer) of the midsole. In the previous models, the forefoot is equipped with ENERGYMAX3.0. By contrast, P9310 is further upgraded with a full-sole E-TPU. The larger contacting area makes it more stable and comfortable to wear. The different materials used on the outside and inside of the forefeet provide elasticity on the inside and lateral stability on the outside. 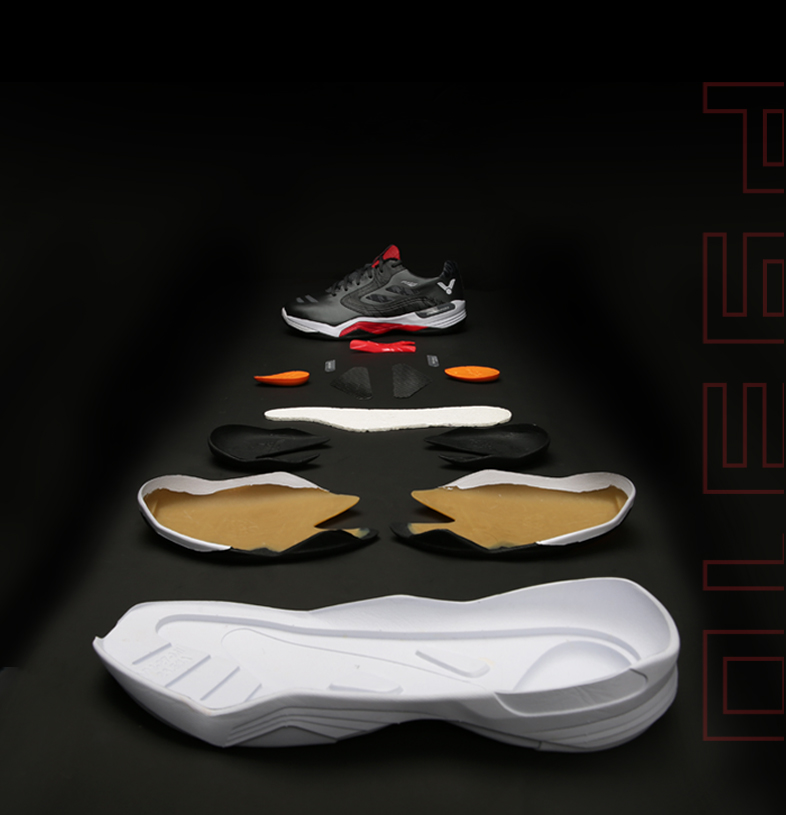 The R&D team of VICTOR has put a lot of effort in the midsole technology to equip P9310 with both elasticity and quick start. The thick sole of P9310 offers incredible shock-absorption, and it’s also within the weight range of the Support series (cm26.5:330±10g). The upper is made with large NO-SEW for soft and durable support. P9310 is definitely a badminton footwear that comes with comfort, power, and a wearing experience that you've never had before.

(*): The rebound testing results are from the VICTOR Badminton Shoes Laboratory