We Are Back! Polii/Rahayu won their first title in 2021

For almost nearly one year without Asian tournaments, the first 2021 tournament was successfully held in Thailand last week. Team VICTOR star, the Indonesian pair Greysia Polii / Apriyani Rahayu had a fabulous performance in the women’s doubles final by defeating the Thai opponents at 21-15, 21-12. This is not only their first title in 2021, but their first super 1000 champion.

Thailand is definitely a happy ground for the Indonesian duo. Since 2017, Polii and Rahayu has won three titles of here. Polii even becomes the first-ever player for having four women doubles titles of Thailand Open with such an amazing record. 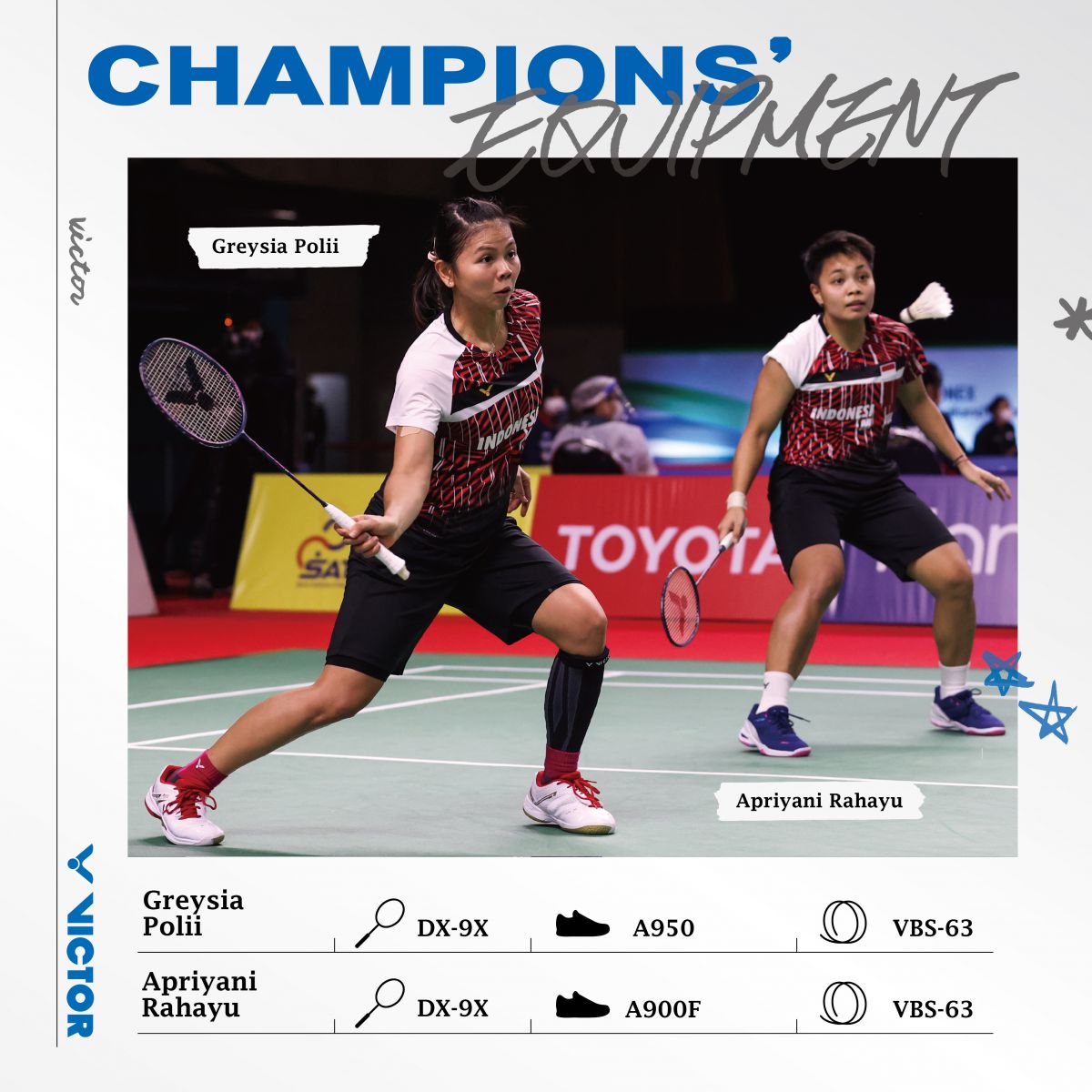 On the other hand, World No.1 Tai Tzu Ying had a well-done result as well. She ended up with the women’s singles runner-up for this tournament. However, the second place is still a great start for Tai’s new season.

Due to the COVID-19, BWF cancelled most of the tournaments last year. In this month, BWF rearranged three back-to-back tournaments for two super 1000 as well as 2020 BWF World Tour Finals in Thailand.