The Sudirman Cup 2013 World Mixed Team Championship will be held in Malaysia in May. Yesterday (on March 28), the drawing of lots to decide the qualifying groups was carried out. The 12 teams competing for the title are divided into four sub-groups in Group 1, groups A, B, C and D. The teams in each sub-group first play each other and the top two teams in each then progress to the last eight stage. The teams in the last eight then draw lots again and a knock-out system is then used for the remainder of the tournament. 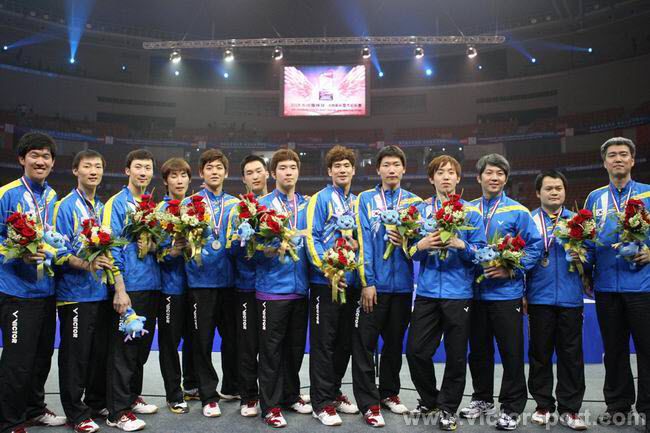 The South Korean National Team
The Sudirman Cup has five matches in every round: men and women's singles, men and women's doubles and mixed doubles. The “first to three” disciplines rule applies so outstanding doubles pairs are not enough to guarantee overall victory; to win, a team’s players in all five disciplines have to be strong.
The singles players, who take the stage first, can be said to have a heavy responsibility because, if they win, the following team mates are under less pressure and have momentum so it’s easier to play well. Likewise, if the singles matches are lost the losing team’s players who follow are under more pressure as they have to try to help their team come from behind.
All 31 teams in the tournament are top national teams and there’s not much difference in terms of ability, a fact that increases the tournament’s watchability. Each national team will send their top players to take part and is determined to achieve good results in this major international event!